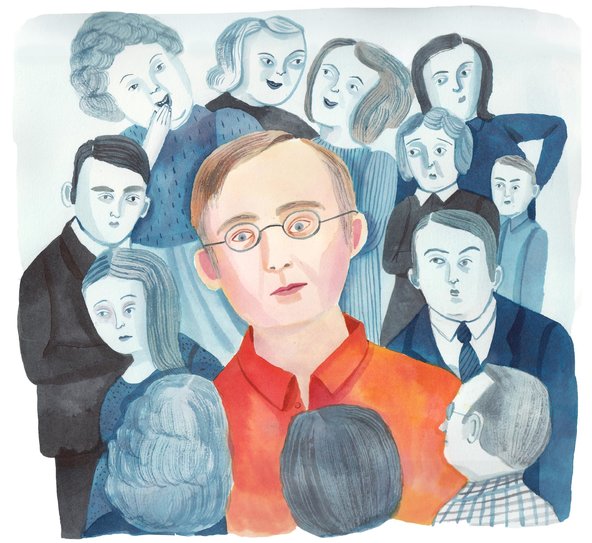 What happens to your relationships when your emotional perception changes overnight? Because I’m autistic, I have always been oblivious to unspoken cues from other people. My wife, my son and my friends liked my unflappable demeanor and my predictable behavior. They told me I was great the way I was, but I never really agreed.

For 50 years I made the best of how I was, because there was nothing else I could do. Then I was offered a chance to participate in a study at Beth Israel Deaconess Medical Center, a teaching hospital of Harvard Medical School. Investigators at the Berenson-Allen Center there were studying transcranial magnetic stimulation, or T.M.S., a noninvasive procedure that applies magnetic pulses to stimulate the brain. It offers promise for many brain disorders. Several T.M.S. devices have been approved by the Food and Drug Administration for the treatment of severe depression, and others are under study for different conditions. (It’s still in the experimental phase for autism.) The doctors wondered if changing activity in a particular part of the autistic brain could change the way we sense emotions. That sounded exciting. I hoped it would help me read people a little better.

They say, be careful what you wish for. The intervention succeeded beyond my wildest dreams — and it turned my life upside down. After one of my first T.M.S. sessions, in 2008, I thought nothing had happened. But when I got home and closed my eyes, I felt as if I were on a ship at sea. And there were dreams — so real they felt like hallucinations. It sounds like a fairy tale, but the next morning when I went to work, everything was different. Emotions came at me from all directions, so fast that I didn’t have a moment to process them.

Before the T.M.S., I had fantasized that the emotional cues I was missing in my autism would bring me closer to people. The reality was very different. The signals I now picked up about what my fellow humans were feeling overwhelmed me. They seemed scared, alarmed, worried and even greedy. The beauty I envisioned was nowhere to be found.

Seeing emotion didn’t make my life happy. It scared me, as the fear I felt in others took hold in me, too. As exciting as my new sensory ability was, it cost me customers at work, when I felt them looking at me with contempt. It spoiled friendships when I saw teasing in a different and nastier light. It even ruined memories when I realized that people I remembered as funny were really making fun of me.

And the hardest thing: It cost me a marriage. When I met my former wife (a decade before the T.M.S.), she was seriously depressed. She’d accepted my autistic even keel, and I accepted her often quiet sadness. I never really felt her depression, so we complemented each other. She could read other people much better than I could, and I relied on her for that.

Then came the T.M.S. With my newfound ability I imagined myself joyfully shedding a cloak of disability. I thought she would be happy, but instead she said matter of factly, “You won’t need me anymore.” My heart hurt, and I felt unspeakably sad. Later, people at work told me they’d liked me better the way I was before.

I’d lived with my wife’s chronic depression all those years because I did not share it. After the T.M.S., I felt the full force of her sadness, and the weight of it dragged me under. At the same time, I felt this push to use my new superpower, to go out in the world and engage with other people, now that I could read their emotions. When I think about the way my behavior must have appeared to the strangers I encountered, I cringe.

Normally people change in a marriage, over time. What happens when one person changes overnight? We were divorced a year after the T.M.S. experiments began. After the divorce, I embarked on a disastrous relationship with someone who could not have been more different, and I was devastated when that, too, fell apart. I learned the hard way that emotional insight allowed me to see some things, but another person’s true intent and commitment remained inscrutable.

After some initial tumult, the changes in me proved transformational at work. My ability to engage casual friends and strangers was enhanced. But with family and close friends, the results were more mixed. I found myself unsettled by absorbing the emotions of people I was close to, something that had never happened before. Strong emotional reactions welled up in me, and I showed feelings I had never expressed.

It took me five years to find a new balance and stability. In that time, my sense that I could see into people’s souls faded. Yet the experience left me forever changed. Before the T.M.S., discussions of emotions were like cruel taunts to me; it was as if someone were describing beautiful color to a person who saw in black and white. Then, in an instant, the scientists turned on color vision. Even though that vision faded, the memory of its full brilliance will remain with me always.

I’m married again, to someone who’s emotionally insightful. To my amazement, she became best friends with my first wife, and helped me reconnect with my son. She started a tradition of family dinners and gatherings, and brought new warmth into my life. Even more, she helped me become part of a web of emotional connectedness I’d never known before, and surely could not have known pre-T.M.S.

That really shines through in my relationship with my son. We had grown apart before the T.M.S. through a combination of his teenage rebellion and our mutual inability to read each other’s feelings. (My son is on the autism spectrum, too.) We joined the T.M.S. study together, and it became a powerful shared experience. Even as the T.M.S. effects pushed my ex-wife and me apart, they drew my son and me together. The T.M.S. also helped me understand my mother, in the last years of her life.

I’ve made new friends, and built a stronger business. And there’s something else: I’ve learned that the grass is not always greener when it comes to emotional vision. For much of my life, I’d imagined I was handicapped by emotional blindness. When that changed, seeing into other people was overwhelming. Becoming “typical” proved to be the thing that was truly crippling for me. Now I realize that my differences make me who I am — success and failure alike. I’d call that hard-won wisdom.

John Elder Robison is a consultant on autism and the author, most recently, of “Switched On: A Memoir of Brain Change and Emotional Awakening.”