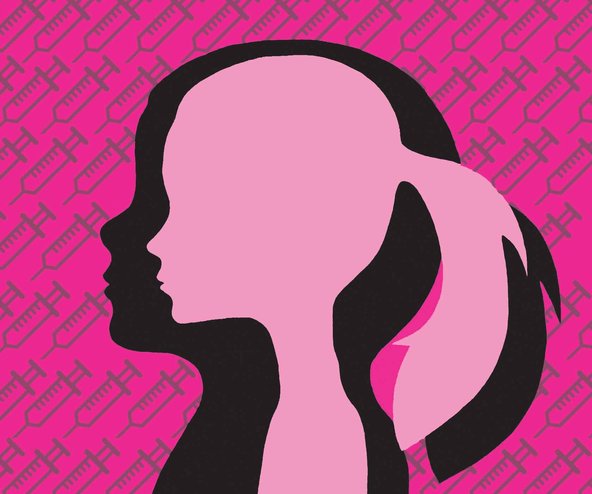 The first time she skipped an insulin dose, the 22-year-old said, it wasn’t planned. She was visiting her grandparents over a summer break from college and indulged in bags of potato chips and fistfuls of candy, but forgot to take the extra insulin that people with Type 1 diabetes, like her, require to keep their blood sugar levels in a normal range.

She was already underweight after months of extreme dieting, but when she stepped on the scale the next day, she saw she had dropped several pounds overnight. “I put two and two together,” said the young woman, who lives in Boston and wished to remain anonymous.

She soon developed a dangerous habit that she used to drive her weight down: She would binge, often consuming an entire pint of Ben & Jerry’s peanut butter cup ice cream, and then would deliberately skip the insulin supplements she needed.

People with Type 1 diabetes, who don’t produce their own insulin, require continuous treatments with the hormone in order to get glucose from the bloodstream into the cells. When they skip or restrict their insulin, either by failing to take shots or manipulating an insulin pump, it causes sugars — and calories — to spill into the urine, causing rapid weight loss.

But the consequences can be fatal. “I knew I was playing with fire, but I wasn’t thinking about my life, just my weight,” said the young woman, who was treated at The Renfrew Center of Boston, which specializes in treating eating disorders, and is in recovery. “I got used to my blood sugars running high all the time. I would get so nauseous I would throw up, which I knew was a serious sign that I should go to the hospital. It was very scary.”

The eating disorder the young woman developed is unique to people with Type 1 diabetes and has been called diabulimia, though it is not a recognized medical condition. (People with Type 2 diabetes who take insulin do not have the same rapid response to insulin restriction.) It occurs when patients manipulate their insulin in order to purge calories, much as someone with bulimia might induce vomiting to lose weight.

Insulin restriction can lead to diabetic ketoacidosis, a potentially fatal condition that develops when the body lacks insulin and starts to break down fat, producing ketones that can poison the body. It also increases the risk of serious long-term complications of diabetes, including kidney disease, blindness, nerve damage, amputations and heart disease.

Young women with Type 1 diabetes, which is often diagnosed in the pre-teenage years, when girls may be preoccupied with weight and body image, are at 2.4 times the risk of developing an eating disorder than other young women without diabetes, research suggests. Weight loss is often the first symptom of Type 1 diabetes, but once the condition is diagnosed and patients start insulin treatment, they tend to gain weight.

The combination of Type 1 diabetes and an eating disorder is “very dangerous,” said Ann Goebel-Fabbri, a psychologist in Brookline, Mass., who specializes in treating people with diabetes who have eating disorders. “Anorexia is the most lethal psychiatric diagnosis that exists, and the risk of mortality is so much more heightened when Type 1 diabetes is added.”

Research suggests insulin manipulation is not uncommon. A recent study in Germany found that among patients ages 11 to 21 who were being treated with insulin for Type 1 diabetes, one in three girls and one in six boys had reported either disordered eating, insulin restriction or both.

Another study from the Joslin Diabetes Center in Boston that followed 234 adult women with Type 1 diabetes for 11 years found that 30 percent reported engaging in insulin restriction behaviors. Those who restricted insulin died at an average age of 45, compared with 58 for those who didn’t restrict insulin.

Treatment for diabulimia is especially challenging because approaches to managing eating disorders and diabetes are at odds with one another, said Trish Lieberman, the director of nutrition at Renfrew. “The treatment for diabetes includes very intense focus on reading labels, counting calories and carbohydrates, and limiting sodium and fat,” she said. “All these things that are very effective for treating diabetes are actually contraindicated for eating disorders, where we try to take a more intuitive approach, saying there aren’t good or bad foods.”

An added danger occurs when diabetic patients disengage from their medical care, she said. That’s what happened to the Boston college student, who put off going to the doctor for months at a time, hoping the delays would give her time to change her behavior and improve her blood glucose test results. She was alarmingly underweight, and her friends and family were concerned.

Last spring, with severe pain racking her body and fearful she had damaged her kidneys (she had not), she finally enrolled in an intensive five-week day treatment program at Renfrew, followed by a slightly less intensive six-week program.

“At that point, it wasn’t so much for me,” she said. “I almost felt like if I were to die, I would deserve it. I was thinking more of my mom. I couldn’t do that to my mother.”

Though she still suffers from obsessive thoughts about food, she said, “I’m in a much better place. My weight is at a healthy range. I’m more comfortable about reaching out when I need help.”

Experts say both physicians and family members should be on the lookout for eating disorders in Type 1 diabetes patients who have repeated episodes of ketoacidosis, or consistently poor blood sugar control that doesn’t improve. While eating disorders usually develop during the preteen and teenage years, they may emerge later, during college or early adulthood, in those with Type 1 diabetes, experts say.

Once patients get help and start recovering, they can regain their health and stave off long-term complications, Dr. Goebel-Fabbri said. “What’s so positive, and what people need to hear, is that healing can occur, once blood sugar gets to a healthier range.”