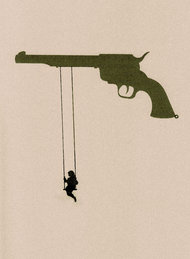 What does it mean to consider gun violence a public health problem, especially when it comes to children?

The American Academy of Pediatrics announced the development of a new initiative last week reacting to the violence in St. Paul, Baton Rouge and Dallas, an attempt as pediatricians to find ways to protect children, adolescents and young adults.

This isn’t a new issue for the academy; the existing policy on firearm injuries in children emphasizes the importance of sensible gun control, along with the importance of counseling parents about how to reduce risks. Pediatricians as a group have long been concerned about the psychological effects of exposure to violence and the culture of gun violence.

But how can pediatricians make a difference? “I would like us to think deeply about this being trauma for kids,” said Dr. Benard Dreyer, the president of the academy. He emphasized that the discussion must include the overlapping issues of race and the impact of racism on children and adolescents.

This past week, children, along with the rest of us, have seen a truck used as an assault weapon in Nice, France, reminding us that violence takes many forms. Many families worry about how to discuss with our children the disturbing images and stories that play out in the news media. There is an overarching sadness to this discussion. We would like to tell our children that they live in a better, safer country, that the world is getting safer, and that we are making some progress on racism and racial disparities.

Parents need to protect young children from repeated exposures to graphic images, and to be mindful with all children about just how much they’re seeing and hearing. Be there to watch with an older child, both so that you can monitor the exposure, and so that you can talk about disturbing stories and convey the message that it’s O.K. to have these conversations, even when there are no easy answers. The A.A.P. offers age-related guidelines for talking to children about tragedies and other news events on the Heathy Children website.

When children are very upset or worried, they may have nightmares or other sleep disturbances, or complain of physical problems which perhaps will keep their parents nearer, or otherwise, according to their ages, may signal depression or anxiety. Again, it can help to make it clear that you’re willing to talk about these events and the emotions they engender, and willing to get pediatric or mental health help for a child who is particularly distressed.

Beyond what we say in difficult conversations with our frightened or troubled children, adults face the challenge of really making the world safer.

Dr. William Begg, the emergency medical services medical director for the area of Connecticut that includes Newtown, was in the emergency room when the shooting happened at Sandy Hook Elementary School in 2012. He co-founded United Physicians of Newtown, a medical group working to keep children safe from guns.

“I’ve said at every opportunity we have to look at gun violence as a public health issue,” he said. “I think we have to do more as physicians.”

Parents who choose to own guns need to understand how dangerous an accessible gun can be, especially a gun kept in the home, often loaded and unlocked.

As sample safety measures, Dr. Fleegler brought up good safety locks, or even biometric safes, which can be opened only by the right person’s fingerprints, as well as the possibility of safe repositories where people could store guns outside their homes, either temporarily or permanently.

Dr. Begg said it’s important that pediatricians have the opportunity to talk to parents who are gun owners.

“I would never tell a parent, you can’t own a gun; what I would tell a parent is, you should make an informed choice knowing the facts, knowing your family situation,” he said. “I think if people understood the data, many people would make a different choice.”

But these conversations can be controversial; Florida, Montana and Missouri have laws that restrict doctors’ discussion of guns; eight other states have considered such legislation.

When you consider guns as a public health issue, the first thing you look for is data and research, but under pressure from the gun lobby, Congress has restricted the Centers for Disease Control and Prevention and the National Institutes of Health from doing or funding research on gun violence and how to prevent it.

Researchers look for associations between injury rates and possible interventions, safety measures and regulations. A study published in 2013 in the Journal of the American Medical Association by Dr. Fleegler and his colleagues showed that states with more firearm laws had fewer firearm-related fatalities; the association was true for both homicides and suicides.

As with so many public health issues, risks are greater for children in poverty and greater for minority children. “The numbers are staggering no matter who you are, but worse the poorer you are, the darker your skin, especially for violence and homicide,” Dr. Fleegler said.

The public health approach means talking to parents about how to keep their children safe, and looking for strategies—technological, behavioral, and legal—to make everyone safer.

Think about what it has meant to bring down the numbers of children dying in car crashes. We don’t look at collisions as unavoidable twists of fate. We look for strategies — technological, behavioral, and legal — to reduce the incidence of collisions and minimize the damage that they do to small bodies.

“We need to take away the notion that we shouldn’t regulate the safety of firearms,” Dr. Fleegler said. “We take pride in our cars, but the idea of removing safety regulations makes no sense.”

Dr. Begg said that for the first 25 years of his career, while practicing in different emergency rooms around the country, he saw patients harmed by gun violence and took care of them, but did nothing to address the larger problem.

“After the Sandy Hook tragedy where I saw the children of my friends and the children of my community, I didn’t know if my children were going to be affected — they were in lockdown also in school,” he said. “I decided I was going to devote the next 25 years of my career to promoting gun violence safety. There’s a lot more change to come.”