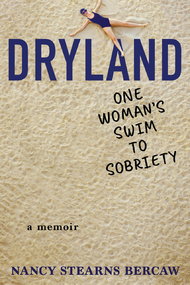 The Persian Gulf, March 28, 2015 — “It’s time,” I tell Allan, forcing myself to say it before I can change my mind. Walking out of Burjeel Hospital, I decided it was now or never.

Allan is pulling out of the parking lot and into Abu Dhabi traffic.

“For what?” he answers, pushing up the lid of his baseball cap. A few strands of white curls poke out around his ears. Allan’s hairline has receded in the years we’ve been together, but what’s left still stands straight off his head. He still looks like Einstein and still dresses like a teenage boy in Converse sneakers, snug designer jeans, and rock ’n’ roll T-shirts. In Abu Dhabi, he wears a colorful scarf every day to protect his neck from the sun.

I think he’s worried about what is going to come out of my mouth. Am I going to announce another pregnancy, even though I’m in menopause and we haven’t had sex in months? Might I declare our impending departure for some other far-flung place like Bishkek, Kyrgyzstan?

“Time for me to stop drinking.” I drop my head down toward my bloated stomach. I can’t look at him. “I’m an alcoholic.”

Allan pulls the car over in a Lebanese bakery’s parking lot. He turns to give me his full attention. His normally ruddy complexion has gone pale. It’s a boiling-hot day in Abu Dhabi, but I feel like I’m dangling off the face of Everest.

My own words impale me, but I can’t cry. Even the water-making machine inside of me is broken. My whole relationship with liquids is broken. I am broken.

I see tears gather in Allan’s eyes as he struggles for words. Normally, he’d be chatting up a storm. He loves to tell stories of working with famous film directors. He smiles even when talking about growing up in poverty in Montreal, Quebec. Allan is ebullient when taking out the trash or cleaning the toilet. Upon meeting him for the first time, my father turned to me and said, “How can you stand his constant happiness?”

Now Allan is sad, and speechless. I’m sure he’s holding back a “Thank God!” or “Finally!” But he doesn’t want me to feel worse than I already do. What could he say?

“Wait here,” he finally blurts. “I’ll get you a manakish.”

He goes into the restaurant to buy time as well the traditional Middle Eastern baked dough that we both love.

I send another text to my boss, Ali, about running a little later than anticipated.

No prob, he responds. We have a rock-solid work relationship and friendship, but I’m not going to tell him — or any of my colleagues — what is going on with me. I don’t want them to think, even for a second, that I’m some kind of weak heathen. And I don’t want to serve as proof that Americans are reckless lushes.

“Any thoughts on how you’d like to handle this?” Allan says.

“Help from a professional? Should we try to find an AA meeting somewhere?”

“Wouldn’t know who to call or ask. I want to do this my way.”

“Can you take me to work now?”

“Unless you’d rather rest at home. We could go back to Burjeel, check you into a room.”

“No. Just get David from school at four thirty and then pick me up at five. I don’t want to go home in a cab. I’ll obsess about Spinneys.”

Allan starts the van and pulls onto Al Muroor Street. We drive the 10 minutes to my university in silence.

“Let’s watch a movie. The three of us. Together. On the couch, with blankets.”

“No James Bond,” I request. “Those damn martinis. How about Finding Nemo?” We both laugh.

Also amusing to me is the image of our family cozied up under blankets on our small couch in Mangrove Place apartments, on Reem Island, in Abu Dhabi, United Arab Emirates — while one of us tries to go without alcohol for the first evening in a long, long time.

“Get Lawrence of Arabia,” I suggest. “He wasn’t a big drinker.”

I ran into Peter O’Toole once, in a Tube station in London. I saw those blue eyes in person — inches from my own. I’ll never forget the day, which was something straight out of a film. I’d spent the morning in a pub watching coverage of World Cup football because there wasn’t a television where I was staying. Due to the early hour, I sipped tea. An elderly man, drinking pint after pint of Old Peculier beer, occupied the neighboring table. We did not acknowledge each other.

Our peaceful coexistence came to a crashing halt when a group of exuberant football fans came in shouting for their team and rounds of beer. They pounded their fists on the table and yelled at the television screens. The old man seemed shattered by the noise and revelry. He pushed his chair back and steadied himself into the standing position. He shuffled in my direction, put his hands down on the table, and leaned over.

“What we need now,” he said in a very posh accent, “is a multidirectional splatter button.”

I understood exactly what he meant. He wanted to blow the little buggers into bits and pieces.

And now, thousands of miles from London, I’ve just pushed the multidirectional splatter button on my life.

“You can do this, Nancy,” Allan says when we pull up at my school. “I will do everything to help you. Anything.”

“Did you know it had gotten this bad?” I ask.

I grab his hand. We can’t hug in public — even in the car. We’re parked at the main gate, where students, faculty, and staff are coming and going.

“Should we cancel our trip to the Seychelles this weekend?” he asks.

“No,” I answer, although I don’t know how I’ll fly without alcohol, let alone navigate life on land. “It’s your birthday trip. We’re going.”

Ever since my first transatlantic flight to Africa in 1986, I’ve relied on Ativan and alcohol to hurtle through time and space. Even under their muting influence, I stared out the window on red alert for any potentially bump-inducing clouds and tried to prepare myself for the impending discomfort.

Did I seek fearful situations because they justified my desire to drink? Did I subconsciously welcome my Sea of Lonely so alcohol could soothe it? Would I even want to travel if I were sober? Would my marriage survive?

“I can do this,” I say, although I’m afraid of what the next few days will bring. I’ve researched, many times, the symptoms of withdrawal. I’m going to feel extremely bad for an extended period of time. I’m going to be extremely angry — about all the things I’ve been covering up with alcohol as well as the sudden loss of my panacea.

Sometime in the future, though, I will feel better. But that day is a long way away. I reassure myself that I excel at difficult things. Rising up at the end of a swimming race was my signature move in the pool. I can apply it to going sober. I can win this thing too.

I get out of the car and walk onto a campus full of people who’ve most likely never taken a sip of alcohol in their lifetimes.