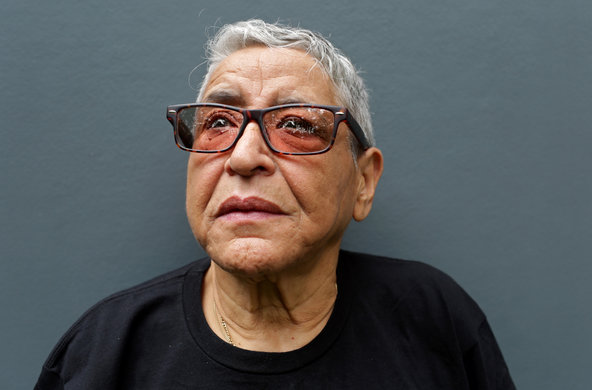 Gay, lesbian, bisexual and transgender Americans are more visible than ever before. Apple’s chief executive, Tim Cook, and the talk show host Ellen DeGeneres are gay. Kate Brown of Oregon is the first openly bisexual governor. The Olympic gold medalist and transgender woman Caitlyn Jenner has a reality show.

But the affluence of such prominent figures masks a bleak reality: Many people in the L.G.B.T. community go hungry.

A new report on hunger found that more than one in four L.B.G.T. adults could not afford to feed themselves or their families at least once in the past year. By comparison, only one in six heterosexual adults reported a similar crisis.

Certain subgroups in the L.G.B.T. community are particularly vulnerable to food insecurity, including minorities, women, the unmarried, bisexuals, those without college degrees, younger people and those who have children in the home. (It is believed that transgender people also go hungry, but data on this group is lacking.) Experts say L.G.B.T. teenagers, who are not covered in this report, are also at risk of going without food, especially if they are homeless.

Behind the statistics are people like Sofia Torres, a lesbian who at 71 is unemployed and receives only $35 a week in food stamps after recent cuts. Or William Gonzalez, a 50-year-old gay man from Queens who survived a hate crime and lives on a government disability check, and relies on a local food pantry called the River Fund for groceries. Or Tanya Asapansa-Johnson Walker, a 53-year-old transgender woman has for years relied on food pantries because finding a job is so difficult.

“As soon as they realize you’re trans, you see their face changes; everything stops right there,” Ms. Walker said. 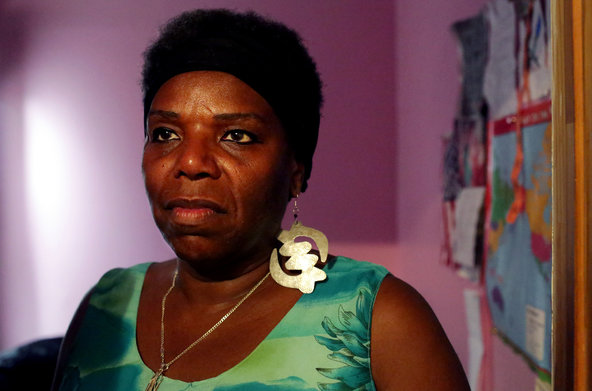 Sofia Torres receives only $35 a week in food stamps.Credit Yana Paskova for The New York Times

Ms. Torres worked her whole life in construction, carpentry and security jobs, but she never married or had children, so her support system is thin. Though she has friends, she said, “Friends come and go.”

The new report, “Food Insecurity and SNAP Participation in the LGBT Community,” published Monday, uses data from four major national surveys that, when combined, represent the lives and challenges of nearly 20,000 people in the L.G.B.T. community.

“This is eye-opening for many people, and it’s even eye-opening for many in the anti-hunger world, who haven’t typically worked with the L.G.B.T. community,” said Adam P. Romero, a scholar of law with the Williams Institute at U.C.L.A. School of Law who is one of the authors of the new study. “I’ve had a number of people from different anti-hunger organizations say, ‘Wow, I had no idea that hunger was such an issue in the L.B.G.T. community.’”

The findings will also surprise many within the community itself, said Lorri L. Jean, the chief executive of the Los Angeles LGBT Center.

“Our own community is as ignorant of these statistics as the straight world,” she said.

The surveys include the Gallup Daily Tracking Survey of Adults, the National Survey of Family Growth, the American Community Survey of Cohabiting Couples and the National Health Interview Survey of 2014. (The SNAP program referred to in the report’s title refers to the Supplemental Nutrition Assistant Program commonly called food stamps.) ConAgra Foods provided some funding for the report. 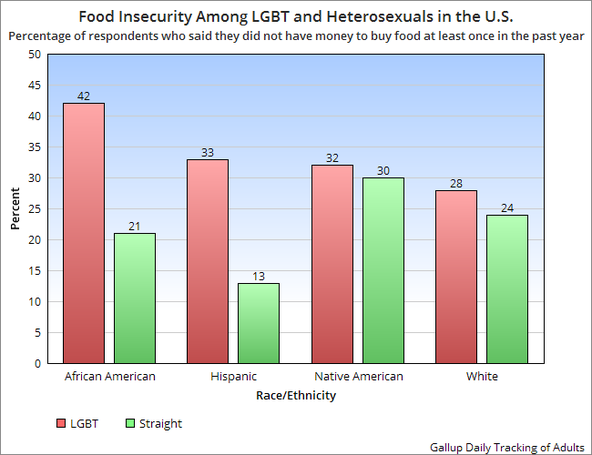 Food insecurity has a disproportionate effect on minorities. When asked the question, “Have there been times in the past 12 months when you did not have enough money to buy food that you or your family needed?” the differences are striking.

Nearly half of L.G.B.T. African-Americans (42 percent) answered yes, compared with 28 percent of straight African-Americans. Among Hispanics, 33 percent of L.G.B.T. adults had been hungry, compared with 24 percent of those who are straight. Among whites, 21 percent of L.G.B.T. whites reported not having enough money for food in the past year, compared with 13 percent of those who are straight. Notably, among Native Americans and Alaskans, L.G.B.T. and straight adults were equally hungry, with about 30 percent each reporting that they had been too poor to buy food in the past year. The data is from the Gallup Daily Tracking of Adults which surveyed 81,134 straight people and 2,964 people who identified as L.G.B.T.

Among L.G.B.T. people, women were more likely to be hungry than men; 31 percent of women and 22 percent of men reported not having enough money for food in the past year.

The perception that the L.G.B.T. community is affluent, educated and high-achieving has been perpetuated by Hollywood characters like the lawyer Will Truman on the sitcom “Will & Grace,” and reinforced by a cascade of high-profile celebrities, businesspeople and athletes.

Because gay and lesbian couples have historically been less likely to have children, there also is a perception that such couples have more disposable income than people with families. Though the data is fairly sparse, most studies actually show gay men earn less on average than other men. 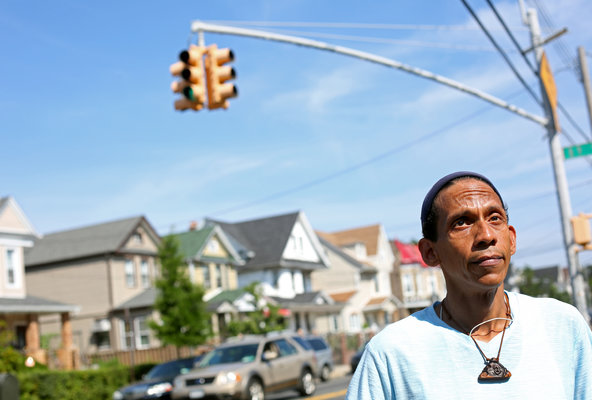 William Gonzalez survived a hate crime and lives on a government disability check.Credit Yana Paskova for The New York Times

The belief that most L.G.B.T. people are affluent is “one of the most persistent and, frankly, pernicious myths about the L.G.B.T. community,” said Gary J. Gates, who wrote the first report on food insecurity in the L.G.B.T. community and is an author on the new report as well. “It emerged in part from the community itself, as part of a strategy of marketing the population as an attractive consumer market.”

While the strategy of promoting “pink” money and the purchasing power of the L.G.B.T. community “got a lot of companies on board and increased their understanding of L.G.B.T. issues,” he said, it also hid the economic problems faced by vulnerable members of the community.

“It’s not like on TV, where all the gay people are fabulous and live in nice apartments in Manhattan and are white,” said Cathy Bowman, L.G.B.T. and HIV project director at Brooklyn Legal Services.

Many anti-hunger organizers are now starting to think about how they can make their food services more welcoming to L.G.B.T. people, and how to address the issue from a policy perspective, said Abby Leibman, the president and chief executive of Mazon, a national anti-hunger advocacy group.

Ms. Jean, of the Los Angeles L.G.B.T. center, said she planned to use the new report to raise awareness and “raise a ruckus,” and press the local food bank operation to restore the food pantry that used to be at her center.

“I have had government funders over the years say to me things like, ‘Yeah, but you people don’t need it,’” Ms. Jean said. “There’s this myth in our society that gay people are rich, but it’s not the truth. We have this huge swath of people who make less that their straight