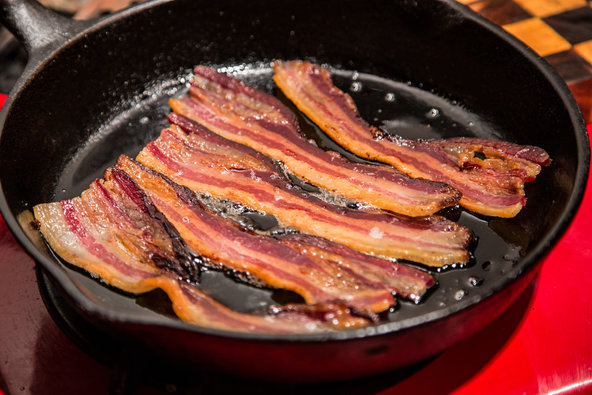 Eating a high-fat diet may lead to daytime sleepiness, a new study concludes.

Australian researchers studied 1,800 men who had filled out food-frequency questionnaires and reported on how sleepy they felt during the day. They were also electronically monitored for obstructive sleep apnea, which causes people to wake up many times during the night.

After adjusting for factors that could influence sleep — smoking, alcohol intake, waist circumference, physical activity, medications, depression and others — they found that compared with those in the lowest one-quarter for fat intake, those in the highest one-quarter were 78 percent more likely to suffer daytime sleepiness and almost three times as likely to have sleep apnea.

The connection of fat intake to apnea was apparent most clearly in people with a high body mass index, but the positive association of fat intake with daytime sleepiness persisted strongly in all subjects, regardless of B.M.I. Thestudy is in the journal Nutrients.

“The possible mechanism could be meal timing, but we didn’t have that information,” said the lead author, Yingting Cao, a doctoral candidate at the University of Adelaide. “But we have reason to believe that circadian rhythm, hormones and diet all work together to create these effects.

“Everyone knows that diet has an important effect on health,” she continued. “Extremely high fat intake is not good for sleep. So the key message here is to eat healthy. But that’s easier to say than to do.”