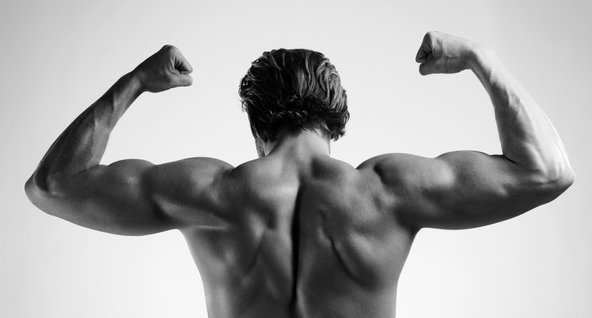 If there is a holy grail of weight loss, it would be a program that allows someone to shed fat rapidly while hanging on to or even augmenting muscle. Ideally, it would also be easy.

A new study describes a workout and diet regimen that accomplishes two of those goals remarkably well. But it may not be so easy.

For most of us, losing weight and keeping it off is difficult. If you consume fewer calories than your body requires for daily operations, it turns to internal sources of fuel. Those sources consist of body fat and lean tissue, meaning muscle. When someone on a diet drops a pound of body mass (a measure that does not include water), much of that pound consists of fat. But about a third or more can be made up of muscle.

The problem with losing muscle is that, unlike fat tissue, muscle burns calories. Having less muscle means a lower resting metabolic rate, so you burn fewer calories throughout the day. Losing muscle may also discourage physical activity, which is important for maintaining weight loss.

So researchers have long been looking for weight loss programs that produce hefty amounts of fat loss but diminish any decline in muscle.

For scientists at McMaster University in Ontario, Canada, that goal seemed to demand a high dose of protein and also plenty of exercise.

As the scientists knew, amino acids in protein help muscle tissue to maintain itself and to grow. Many past studies have suggested that low-calorie but high-protein diets can result in less muscle loss than the same number of calories but less protein.

However, the best dosage of protein in these circumstances has remained unclear, as has the role, if any, for exercise.

So for the new study, which was published in The American Journal of Clinical Nutrition, the McMaster researchers rounded up 40 overweight young men who were willing to commit to an intensive weight-loss program and divided them in half.

All of the young men began a diet in which their daily calories were cut by about 40 percent (compared to what they needed to maintain weight). But for half of them, this consisted of about 15 percent protein, 35 percent fat and 50 percent carbohydrates.

The other 20 volunteers began a diet that mimicked that of the first group, except that theirs swapped the protein and fat ratios, so that 35 percent of their calories came from protein and 15 percent from fat. Over all, their protein intake was about three times the recommended dietary allowance for most people.

The researchers handled that switch by changing the make-up of a supplied drink. In the low-protein group, the beverage contained high-fat milk and no added protein. For the others, it consisted of low-fat milk and a large dollop of whey protein.

All of the men also began a grueling workout routine. Six days a week they reported to the exercise lab and completed a strenuous full-body weight training circuit, high-intensity intervals, or a series of explosive jumps and other exercises known as plyometric training.

The diet and exercise routine continued for four weeks, by the end of which time, “those guys were done,” said Stuart Phillips, who holds a research chair in skeletal muscle health at McMaster University and oversaw the study. “All they could talk about was food.”

The routine had succeeded in incinerating pounds from all of the participants. The men in both groups weighed about 11 or 12 pounds less, on average.

But it was the composition of that weight loss that differed. Unlike most people on low-calorie diets, the men on the high-protein regimen had actually gained muscle during the month, as much as three pounds of it. So in these men, almost all of the 11 or 12 pounds they had lost over all had been fat.

These results strongly suggest that extra protein is advisable during weight loss, Dr. Phillips said, to avoid stripping yourself of muscle.

But exercise is also key, Dr. Phillips continued, particularly weight training, since it is known to build muscle. Even the men on the lower-protein diet lost little muscle mass, he pointed out, which was unexpected and almost certainly due, he and his colleagues concluded, to exercise.

Of course, by the end of the month, none of the men wished to continue. This type of extreme calorie cutting combined with intense exercise “is not a sustainable program in the long term,” Dr. Phillips said. “It’s more a kind of boot camp,” he said, manageable in the short term by people who are very committed and generally very healthy.

He and his colleagues plan to conduct follow-up experiments to find a more realistic and sustainable program. They plan, too, to study female volunteers and play around with the diets’ composition, to establish definitively that it is extra protein and not reduced fat that promotes muscle gains.

In the meantime, for those hoping to become thin but not puny, various apps allow you to determine the percentage of your diet that is composed of protein. If it is below 10 or 15 percent, you might want to shift calories from fat to protein. Renew your gym membership, too.