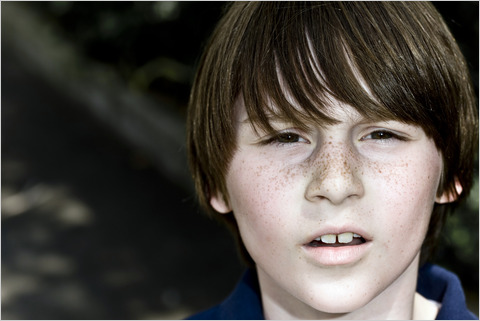 Alex di Suvero for The New York Times Jared Dienst had walked to a park with his mother after school let out one day in June, 2008, when he complained of a headache. He soon began to stumble, and his speech was slurred.

In today’s Science Times you’ll read the surprising story of Jared, a 7-year-old boy who suffered a stroke. His father, Jonathan Dienst, writes:

Before June 23, 2008, my wife, Victoria, and I had never heard of a child’s having a stroke. Most people, many doctors included, still haven’t. In the agonizing months that followed, we heard it over and over: “But children don’t have strokes.”

How little we knew. It turns out that stroke, by some estimates, is the sixth leading cause of death in infants and children. And experts say doctors and hospitals need to be far more aggressive in detecting and treating it.

Read the full story, “Children Don’t Have Strokes? Just Ask Jared,” and then please join the discussion below.