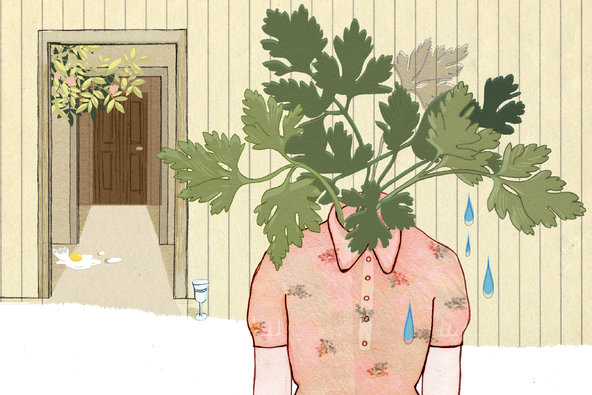 Despite good news about my cancer treatment, it has been a hard winter, so I am looking forward to Passover. By retelling the story of the Jewish people’s escape from slavery in Egypt, the Haggadah — the text recited at the annual Seder — celebrates deliverance and springtime renewal. How would its rituals and prayers resonate for me this year, when cancer concerns were unexpectedly supplanted by other tribulations?

Alesha, the research nurse of my clinical trial, informed me in February that she and my oncologist were requesting an amendment of the Phase 1 study rules on my behalf. Since August 2012, I have driven up to Indianapolis every month for tests that have charted my vital signs and the CA-125 blood marker of ovarian cancer. The signs remained good, the marker stayed low, and each month Alesha passed over another bag of the experimental pills. Soon the leash tying me to the hospital will loosen. Maybe I will get two or even three months of pills all at once.

My jubilation was tempered by the difficult circumstances with which I currently contend. Over the past year, my husband, Don, has suffered a series of debilitating accidents, surgeries and infections. Just when I was priding myself on caring for Don as devotedly as he had cared for me, I slipped and fractured my pelvis. Once energetic seniors, Don and I now hobble around on canes, a geriatric duo. Grounded, we realize that we must move out of a country house we love but cannot maintain.

As I turn over the pages of the Haggadah in preparation for the last of some 22 Passovers we have commemorated here, I find myself startled by its images of the inextricable collocation of joy and sorrow. On the Seder plate, parsley, celery and scallions represent nature’s regeneration; however, they are dipped into salt water, signifying the tears of oppression. We read that the lettuce on the plate starts out sweet, but it becomes bitter if left in the ground too long, just as people do in bondage.

The Hillel sandwich best exemplifies the discord of elation and distress. It consists of matzo eaten with charoset (often a mixture of apples, honey, cinnamon and wine) and maror (horseradish). The horseradish, if strong enough, can elicit yowls from guests simultaneously savoring the honeyed fruit which, oddly, represents the mortar used in making bricks for the pharaohs.

Dissonance resounds throughout the Seder story. The sustaining matzo we are enjoined to offer all who are hungry and needy is the bread of affliction, baked hastily by migrants fleeing for their lives. Although the story says that the Angel of Death passed over the houses of Jews, the first-born babies of the Egyptians died. Liberation from slavery occurred centuries ago, yet the Haggadah states that in every generation, all participants should regard themselves as if they have personally come out of slavery. We are each and every one of us strangers in a strange land, but the Jews arrived at their promised destination.

The state of cancer survivorship has everything to do with this weird sort of discordance, or so it seems to me. Life-saving protocols produce injurious side effects, impairments or mutilations. The relief of remission is shadowed by fear of recurrence. While I profit from a targeted drug, two members of my support group report the failure of their chemotherapies. Those in the group who exult at being cancer-free mourn the three participants whose lives have been cut short by the disease.

According to the essayist David Rakoff, living with cancer may also blur “the borders between the micro and the macro,” leading people to conflate private with public woes: “The world seems lethally friable.” As the political becomes personal, the incivility and violence of presidential contests in this country scare me. Then there are the bombings overseas. That politicians recurrently refer to terrorist cells as cancers rightly suggests that cancer terrorizes its hosts, but the victims of terrorism have no recourse to treatments.

This year, the narrative of the Seder will remind me that we all remain in captivity while millions of refugees suffer in exile and populations across the globe struggle with anti-Semitism, racism and sexual slavery. To symbolize the need for a renewal of faith in forces that can right these grievous wrongs, after the meal we will open the door for the stranger and sing a hymn to the prophet Elijah, who heralds harmony and redemption.

Considering cancer research, I rejoice that the clinical trial in which I participate means a little bit of redemption for women who test positive for the BRCA1 or BRCA2 mutations. Drugs called PARP inhibitors, like the one I take, will extend the progression-free survival — the length of time during and after treatment of a disease that does not worsen — of women whose ovarian cancer was caused by these genetic mutations. But I grieve over the majority of ovarian cancer patients besieged by a miserable prognosis.

For me, living longer means getting old — which, my mother always told me, is not for sissies. As I welcome Elijah this April, I will be hoping that Don and I garner the strength to open another door next year — not in our spacious country home, rich in the memories of Seders past, but in the promised land of a one-story, in-town apartment we can manage to negotiate. It is a bittersweet prospect for which Passover will prepare us.

Susan Gubar is the author of “Reading and Writing Cancer: How Words Heal,” which will be published May 17.