Expanding its pursuit of an inoculation against the coronavirus, the U.S. Department of Health and Human Services said on Thursday it would provide “up to $1.2 billion” to the drug company AstraZeneca to develop a potential vaccine from a laboratory at Oxford University.

The deal with AstraZeneca is the fourth and by far the largest vaccine research agreement that the department has disclosed. The money will pay for a Phase 3 clinical trial of a potential vaccine in the United States this summer with about 30,000 volunteers.

The H.H.S. statement said the agency and AstraZeneca “are collaborating to make available at least 300 million doses,” and projected that the first doses could be available as early as October.

That is a very accelerated, ambitious timetable. Most public health experts and scientists caution that a viable, mass-produced vaccine would probably not be available until sometime next year, at the earliest. Plus, billions of doses would be needed around the world.

There is no proven treatment or vaccine against the virus, and infectious-disease experts also warn that many vaccine candidates take years to perfect. Some fail or cause such severe side effects that human trials are halted. 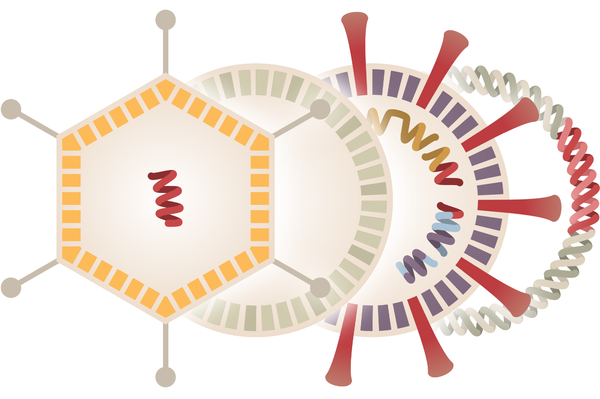 Different Approaches to a Coronavirus Vaccine

Scientists are using many techniques to develop coronavirus vaccines.

But even before any are approved, governments and other organizations like the Bill & Melinda Gates Foundation are spending millions of dollars to prepare for the manufacturing of several potential vaccines to make them broadly available as soon as possible.

In a separate statement, AstraZeneca said it had reached agreements with several governments and other organizations to produce at least 400 million doses, had “secured manufacturing capacity for one billion doses,” and will begin its first deliveries in September.

AstraZeneca said it was also discussing deals for simultaneous production by other companies, including the giant Serum Institute of India, a major supplier of vaccines to the developing world.

The Biomedical Advanced Research and Development Authority at H.H.S. is distributing billions of dollars to companies to develop vaccines, including the latest funding to AstraZeneca. The authority, known as Barda, has already agreed to provide up to $483 million to the biotech company Moderna and $500 million to Johnson & Johnson for their separate vaccine efforts. It has also agreed to provide $30 million to a coronavirus vaccine effort by the French company Sanofi, building on a larger contract announced last December for making flu inoculations.

Scores of vaccine efforts are underway around the world, and several potential vaccines are now in at least small-scale clinical trials. But the Oxford vaccine candidate, now licensed by AstraZeneca, has moved quickly into the kind of large-scale testing necessary to prove safety and effectiveness.

The researchers have said that if the vaccine is proven effective, they hope to have an approval for emergency use, worldwide, by September. But a steep decline in the rate of new infections in Britain may make it difficult to prove effectiveness. Ethics rules generally preclude deliberately infecting test participants. That means unless enough test participants who are given a placebo become infected with the virus in the community, the researchers cannot show that the potential vaccine does its job.

The large-scale tests in the United States this summer may provide another opportunity.

On Monday, Moderna announced partial data of its first-phase trial, saying its vaccine candidate had proven safe and that it had provoked an immune response in 8 of 45 people. It is also working on an accelerated timetable with partners at the National Institute of Allergy and Infectious Diseases and the Swiss company Lonza. Moderna received approval to move to a second phase involving 600 people and said it would also begin a third stage in July with thousands of healthy people.

The Trump administration’s efforts to stanch the pandemic have been troubled by a series of agency fumbles, starting with defective C.D.C. tests that stalled detection of the virus’s spread for weeks and limited diagnoses for patients at hospitals and clinics.

Recently, President Trump reorganized vaccine and treatment efforts after he dismissed last month the head of Barda, Rick Bright, who then filed a whistle-blower complaint contending he had been pressured to seek approval for certain treatments for Covid-19. Just last week, Mr. Trump named Moncef Slaoui, a venture capitalist who was a longtime vaccine executive at GlaxoSmithKline and most recently a board member for Moderna, to help oversee “Operation Warp Speed,” the federal drive to accelerate ways to combat the virus.

As lead scientist of the effort, Dr. Slaoui’s myriad financial and drug company ties have come under scrutiny from watchdog groups. He is working as a contract employee and therefore exempt from conflict-of-interest and disclosure rules that pertain to many executive and federal employees. He did sell his stock in Moderna and donated some of his gains to cancer research, he said in an interview this week.

On Thursday, as Mr. Trump traveled to Michigan, he was asked about the $1 billion grant to AstraZeneca. While saying he was encouraged by recent vaccine developments, he also suggested — as he had earlier — that there would be “big, big announcements” within the next few weeks or so about treatment or therapeutic developments. But he offered no specifics.